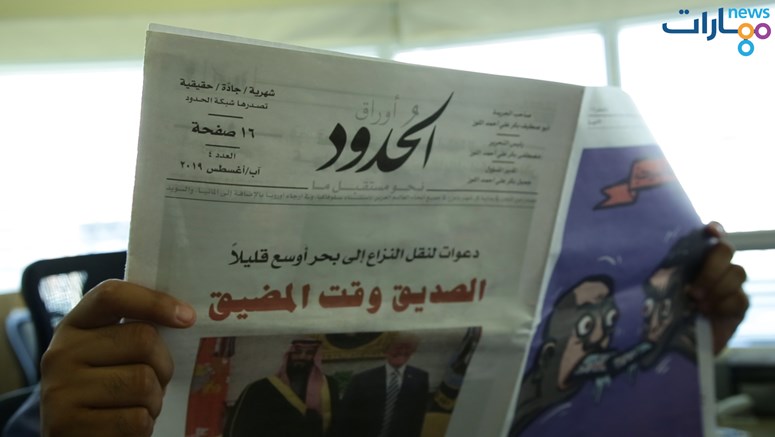 The number of fake news has increased in the past years on social platforms, even media institutions and news websites are using them as reliable news.

Al-Houdoud newspaper is one of the sarcastic news platforms; people share many of its fake news. Why does the audience believe fake news?

Louay Hazem, the content manager at Al-Houdoud said that people easily believe fake news, mainly because parts of such news are unusual and believable.

Mona Najjar, program manager at Deutsche Welle said that removing news from their context even if they were sarcastic make them believable for the audience. Najjar added that journalists hold a major responsibility in avoiding fake news, and fact checking their resources, but sometimes journalists commit mistakes due to time constraints. Thus it is important for media institutions to be transparent and correct their fake news to increase their credibility with the audience.

According to Najjar, the best solution to avoid fake news is in the promotion of critical thinking and media education. Louay said that “we initiated at Al-Houdoud a prize for a competition aiming at identifying the gaps in the Arabic media, and showing the media content that only aims to get more audience, or serving specific agendas, also we are trying to fight fake news through a section called “thief of the week” and the “original Al-Houdoud news”.

This site uses cookies from Google to analyse traffic. Information about your use of this site is shared with Google. By using this site, you agree to its use of cookies. To find out more please read the privacy policy.OkPrivacy policy