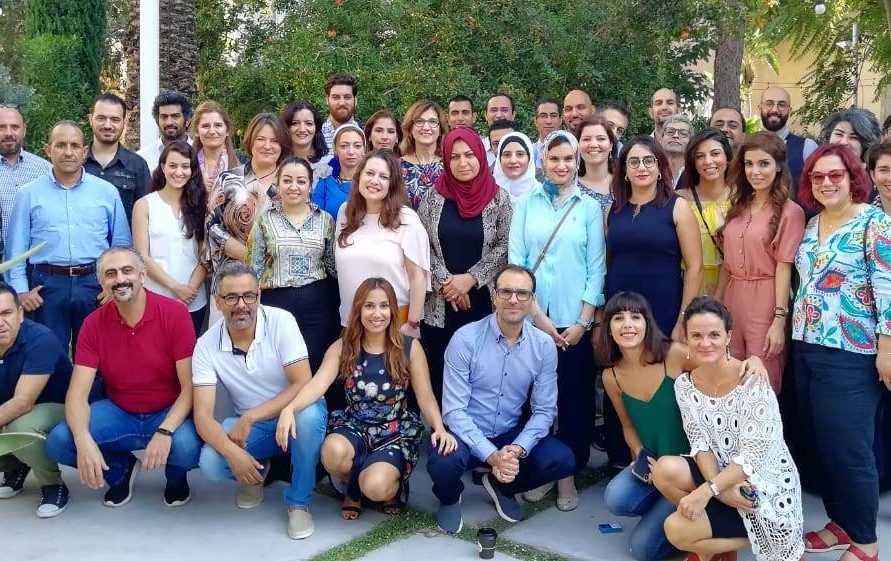 “Together We Started Together We Shall Proceed” was the slogan of the meeting organized by Maharat Foundation and Deutsche Welle Akademie for the alumni of the “Digital Media Viability Lab” project on the 12th of October 2019 in Beirut.

The meeting focused on developing a network of journalists participating in the Digital Media Viability Lab, and exchanging ideas about supporting the sustainability of independent media in the Arab region through this network. This was assured by Roula Mikhael the executive director at Maharat Foundation who said during the meeting that “we are gathered as family to develop a unified vision for the sustainability of this network”.

According to Mikhael, the Digital Media Viability Lab project was launched in 2016 based on the fast developments in the digital media field, which triggered Maharat to rethink the ways to respond to the needs of local media community that Maharat is working with, so they can in return respond to the new media market needs. We started with a group of young journalists training them on video journalism.

Media viability is one of the strategic goals that the Digital Media Viability Lab project worked in, through developing a pool of experts able to provide new innovative business models able to support and serve the sustainability of independent media in the Arab region.

Innovation, media and sustainability were the key topics in the project, around which many conferences and workshops were held. The conferences gathered experts from around the world to exchange expertise and success stories in the field of media viability, media management, and production of innovative media content.

Media faculties were strategic partner throughout the past three years while implementing the Digital Media Viability Lab Project. Many workshops were conducted in partnership with media faculties in the aim of promoting entrepreneurship among journalism students, and benefitting from the newest tools to create an innovative quality content.

Martin Vogl, a project manager at Deutsche Welle Akademie, said that the project contributed in providing new opportunities for journalists especially in the field of media and innovation. The journalist Mohamad el Moumin considered that the Digital Media Viability Lab Project contributed in the development of a network of experts in different areas mainly media management and development of successful business models.

Since its establishment in 2016, the Digital Media Viability Lab Project has been providing concrete solutions to problems facing media institutions in the digital era especially in regard of viability and innovative media content in order to support independent quality media.